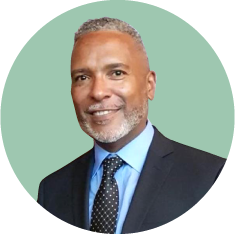 Dr. Nicholas Fox is the Co-owner of The Medi-Center Group Clinics, located in Nassau, Bahamas.

Dr. Fox attended St. Augustine College (SAC) where he graduated in 1979. He later attended St. Leo University, where he earned an Associate Degree in Biology and Chemistry in 1982 and a Bachelor Degree in Biology and Chemistry in 1984. To further his field in medicine, Dr. Fox went on to obtain his Medical Degree from Ross University of Medicine in1988 and his Masters Degree from London School of Venereal Studies in 2012.

“A smooth sea never makes skillful sailors”- Franklin D Roosevelt. At a tender age, Dr. Fox was guided by this ardent philosophy. Now a learned man, this philosophy is proof of who he is, A Doctor, a Father of two, a Cancer Survivor and Son of this soil (Bahamas). A true Trail Blazer.

Given a second chance in life, after being diagnosed and survived cancer, Dr. Fox drive is to educate, help and care for humanity with compassion and love. Being charismatic, caring and fun loving, fearless without favor are personality traits that allow Nicholas to stay in touch with reality.

Dr. Fox is a god-fearing member of St Anselm’s Roman Catholic Church, where he is grounded in his religious beliefs. As a Director on the Board of the Cancer Society of The Bahamas he is now very cognizant of his purpose in this lifetime. The rough seas are justification of this purpose and today he is because of these rough tides.